What is Hellhound all about anyway?

This Christmas I have one more special thing coming for everyone. It's a novella because I have been into writing those lately. I find the platform interesting and sort of liberating. There are a bunch of story ideas I've had clinking around in my head for some time and I had trouble finding an outlet for them. It turns out, condensing the story into a novella is what was needed for most of these ideas. So, I have been cranking these short novels out pretty quickly this year
98 views0 comments
Bryan W. Alaspa

My new book, coming Halloween 2019, is a collection of 5 tales of horror called Darkness Falls. It arrives on October 31, 2019, but you can pre-order the Kindle & print editions now! Just head over to Amazon and order your copy. During the pre-order time, the Kindle edition is just 99 cents. The cover was painted by a friend of mine named Shawn Arscott. His original painting is called "Fear", but when I saw it, I had to ask him if I could use it for the cover. I will tell you
2 views0 comments
Bryan W. Alaspa

It's one of those weird things that happens in the world of indie publishing. The kind of publishing I do. You put out a novel and you market the thing. The book sells pretty well at the start, then a little bit more when the audiobook comes out, but mostly it sits there. Then, out of the blue, four years later, the book just starts to generate a little buzz. Sure, you aren't exactly on the NY Times bestseller list just yet and Netflix (or some other streaming service - ahem)
155 views0 comments
Bryan W. Alaspa

The Revisionists - Now Ready for Pre-Order

My newest novel is coming March 19, 2019 and it's a real mind-bending, reality-altering, techno-thriller unlike anything I've written before. The Revisionists is now available for pre-order in paperback and Kindle editions. I am also proud to say I am working again with the amazing Allie James to create the audiobook version which will also be out this spring sometime. CLICK HERE if you want to pre-order the Kindle edition for just 99 cents - a special pre-order price. CLICK
10 views0 comments
Bryan W. Alaspa

Coming Soon: the When the Night Comes Out Blog Tour

Excerpt: When the Night Comes Out

Just 9 days until my new book When the Night Comes Out arrives. It's a collection of horror short stories (and one novella) and, I think, it's some of the best short fiction I have ever written and I am very proud of this collection. Below is an excerpt from the first short story in the book - The Elevator Game. A story about a game involving a tall building, an elevator - and the possibility of an alternate reality of nightmares. You can pre-order When the Night Comes Out an
3 views0 comments
Bryan W. Alaspa

My upcoming horror novel S.P.I.D.A.R. is one that will scare you. I tried hard to scare you. It is my first true, straight-up horror novel in a while and it deals with something that a vast majority of the world finds scarier than death. Spiders. The town of Whittier is isolated in Alaska and the people all live within towers once used by the military. The tourist season is over. Winter is coming. Then a body washes up on shore. A body that says it's from the government facil
12 views0 comments
Bryan W. Alaspa

Hello there! So, I finally got word back from the publisher about when my terrifying new novel, S.P.I.D.A.R., will be coming out. Originally, I had been told the novel would be coming out in all formats on January 8, but that didn't happen. I am guessing it had to do with the audiobook. Having produced a few audiobooks, I can tell you, it's always the audiobook. I have been told that the new target date is Friday, February 23, 2018. That is the day a new definition of terror
10 views0 comments
Bryan W. Alaspa

Hey there! Happy new year. A little late here, but I spent the holidays dealing with a stomach flu at Christmas and then a nasty head cold at New Years. My wife brought home the stomach bug from her office and gave that to me, and I brought home the head cold and gave that to her. Great, huh? This is the first time I can honestly say I am glad the holiday season is over, the decorations down and we can just get back to relatively "normal" day-to-day activities. I do hope your
1 view0 comments 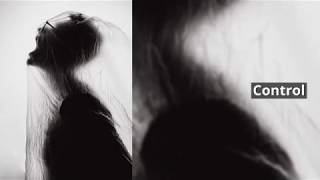 So Many Short Stories

I just finished doing a second draft of a novel (my first psychological thriller) and I have a new horror novel, S.P.I.D.A.R., with Beacon Publishing Group. Hoping to get an agent with the thriller and the publisher will make the second one available - so, what can I crank out and publish myself in the meantime? How 'bout a series of horrifying short stories? Yep. I have been jotting down ideas for short stories for weeks now and am starting to write and publish them. The fir
1 view0 comments
Bryan W. Alaspa

I am announcing a new terrifying short story and it will be coming soon. I am proud to announce that while you wait for some new novels to come your way to scare the heck out of you (keep your eyes open for those Halloween releases) I have an historical thriller horror short story getting ready to drop for Kindle and Kindle Apps. THE U BOAT will be available for 99 cents and is in editing right now. The story will be up on the Kindle platform for 99 cents soon! THE U BOAT tel
7 views0 comments
Bryan W. Alaspa

Man, what a year 2016 has turned out to be, huh? Any year that starts off with David Bowie dying, involves Prince dying, too, along with Alan Rickman and other big names. Any year so horrific that the Chicago Cubs win the World Series and that is followed immediately by the biggest election disaster in the history of any Democracy - well, you just have to wonder. You have to wonder if life really is just random chance - personally, I think it is, but I leave it for you to dec
11 views0 comments 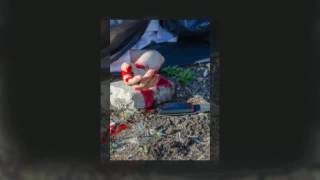