I am very pleased to announce that the audiobook version of my bestselling 2017 psychological thriller Storyland is now available! Named as a best of 2017 by book bloggers and a semi-finalist in the Soon to be Famous Author Illinois contest, this is an intense and terrifying psychological thriller about repressed memories, childhood, and the nightmares which lurk withing our own mind. Available at Amazon and Audible, I am proud to have worked with Tweet Productions to create
2 views0 comments
Bryan W. Alaspa

Stop number 4 on the Storyland blog tour is up and ready for you to read. SunShineSarahXO was kind enough to let me do a guest post and blather on about why I wrote Storyland and why I am so demented I tend to like writing about horror and psychological horror. READ IT HERE! #blogtour #Storyalnd #guestpost #thriller #horror #writing #suspense #psychologicalthriller #psychologicalhorror #writer
5 views0 comments
Bryan W. Alaspa

My third stop in the Storyland blog tour is now up. It's a brief review (a good one) and a different excerpt from yesterday. Read it HERE and then head over to Amazon to get your copy in print or Kindle. #storyland #novel #blogtour #thriller #psychologicalhorror #psychologicalsuspense #psychologicalthriller #mystery #book #blog #excerpt
1 view0 comments
Bryan W. Alaspa

Stop two of my Storyland blog tour is up and ready for you to read. The fine folks at Creative Misfit have their post up and it's an excerpt from the novel. Read it and then get your copy at Amazon in print or Kindle editions. CLICK HERE TO READ THE EXCERPT AT CREATIVE MISFIT #Storyland #blogtour #blogs #excerpt #horror #thriller #suspense #psychologicalsuspense #psychologicalhorror #psychologicalthriller
1 view0 comments
Bryan W. Alaspa

Word of mouth: How you can help me with Storyland

The fact is that the publishing world has changed. You can debate until the end of time if it's changed for the better or worse. I think it's changed for the better. I like the vast expanse of authors and works of fiction that I might not have had access to in the pre-Kindle world. I can go on and on about how I was there trying to push the idea of self-publishing before there was a Kindle, but even I can't inflate my ego that large. People have been self-publishing for centu
8 views0 comments
Bryan W. Alaspa

Why every independent author needs to know SEO

As an independent writer, you probably know that one of the things you need to do is market your books yourself. I bet you, like me, have seen all kinds of videos and classes that claim to have the magic tool that will net you hundreds of readers that will buy hundreds of copies of your new book and send you down the path to selling millions of copies and earning you a six-figure income. I bet you, like me, have seen that email newsletters are the way to go. Oh! Just give awa
8 views0 comments
Bryan W. Alaspa

Storyland starts in the modern day when a man named Ned, while attending ComiCon, awakens to find out that his childhood best friend Martin Brace has brutally murdered for people out in the woods back in his home town. Martin and Ned lived next door to each other as kids and played a game called Storyland. Martin stated he believed Storyland was real and that they were part of the story itself, set out to defeat a giant evil he's named Grool. Martin is now a reclusive author
16 views0 comments
Bryan W. Alaspa

My interview with Fiona McVie

I spent some time answering some questions with the great Fiona McVie for her Authorinterviews website. Fiona is a huge fan of indie writers and a great booster for us. I have worked with her before I am so glad she wanted to interview me again to talk about writing, my life and, of course Storyland. Click HERE to read the interview at her site. #interview #marketing #FionaMcVie #author #indiewriter #Storyland #psychologicalthriller #horror
2 views0 comments
Bryan W. Alaspa

What is psychological suspense?

My new novel, Storyland, is a thriller. In fact, I call it a psychological thriller or psychological suspense novel. That sounds great, you may think, but what the hell does that mean? Is it scary? Is it a horror novel? For me, the best tales of terror are the ones that creep up on you. Yes, I still have fun seeing the slasher films and the movies where things jump out of the screen at you. I just saw IT and it is one of the best horror movies I have seen in a long time and i
2 views0 comments
Bryan W. Alaspa

OK - So what the hell is Storyland?

You may have seen the announcement that my new novel, Storyland, is available for Kindle pre-order as well as in print. Both of them are at a special price for you early-birds. Technically, the official publication date is Halloween 2017 (October 31), but through various means, even you print folks can get early copies at a low, low price. OK - sales pitch is over... What is Storyland? Storyland isn't quite like anything I have written before. It's my first real attempt to wr
18 views0 comments 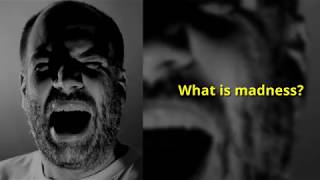 Chicago suspense writer Bryan Alaspa continues to do things the hard way, announcing via his website and social media that he will be publishing his new psychological thriller novel Storyland under his own publishing label on Halloween, 2017. The reason? The feedback he got from publishing agents and traditional publishers said the novel was “too dark”, “disturbing” and “gritty” for them. “It was weird,” says the author, “several of them got back to me and the ones who provid
1 view0 comments
Bryan W. Alaspa